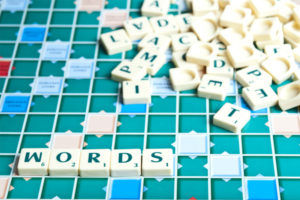 I can think of other words that people will do better to avoid, these are some I work with every day. Good luck with your speaking clearly and precisely.

Here is a list of 20 words that can be extremely debilitating to yourself and others. And you will want to avoid them whenever possible.

“Words are our most inexhaustible source of magic” (J.K. Rowling)

“Better than a thousand hollow words is one word that brings peace.” (Buddha)

“It does not require many words to speak the truth.”   (Chief Joseph)

View this article as published on DivorceMag.com